This post may contain affiliate links to products or services.  As a Amazon associate I earn a small referral commission from qualifying purchases.

In this post you will find all the information you need to do wonderful outdoor Christmas light photography.  The kind of iconic holiday images that people love, and that gives you warm holiday feelings when you look at it.  Read on to find out how to photograph Christmas lights.

To really nail this type of Christmas lights photoshoot, you need four ingredients.  The right location, the right camera settings, the right time of day and the right composition.  So, let’s get into the details of those four things.

By location, I mean finding a situation that has a great display going.  And a scene that will allow for clear shots.  You may find a home that has a really nice light display but has a huge cedar trees blocking some of the view from every angle.  Nice to look at in person maybe, but not conducive to a good photo.  It may be a home, a community display or a shopping area.  For Christmas light photography, location is a very important consideration.

The first thing to talk about with regards to Christmas light photography is depth of field.   You are likely going to be closer to the subject structure rather than far away.   In order to ensure that everything in the scene is in sharp focus you will need to set the aperture to a higher f/Stop value.  Something in the range of f/8 or F/11.  This also has the effect of giving the brighter lights a little bit of starburst look.

Assuming you are in aperture value mode (Av), this will force the camera to increase the shutter speed.  To counteract that, you should increase the ISO up to about 800.  Even then the shutter may be open too long to be able to hand hold the camera without shake/blur.  You should consider using a tripod.  Or if you want to remain mobile, a monopod to steady the camera when doing a Christmas lights photoshoot.

Lastly set the White Balance setting to the Tungsten or Incandescent setting.  This will shift the tonal balance away from the yellow range to a blue range.  Electric lighting tends toward the yellow which doesn’t look good in darker situations where you want colors to pop out.

The presence of a small amount of ambient light is desirable in this case, so the best time of day to shoot is during twilight. Just after sundown you usually have up to an hour of perfect lighting for Christmas light photography.  Likely the best photos will happen from about 80% dark until its completely dark.

The ideal Christmas lights image should invoke a warm holiday feeling.  A mix of nostalgia and anticipation.  The composition should position the viewer as if they are about to walk up and enter the home, store or community display.

Often shooting up walkway toward an entry is a good point of view.  Equal parts foreground, structure and background.  A little sky visible above and behind the structure gives a sense of scale and position.   Using natural vertical features as the right and left edge of the composition will keep the image balanced left to right.

In the following paragraphs, I want to present to you two examples of an outdoor Christmas photoshoot.  The first image is one that does not meet the four ingredients as outlined above:

While this home has a lot going on, it may be a little too much.  I am guessing it probably looked better in person, but the photo didn’t capture the same in person look and feel.  Also, if you look down in the lower left corner it appears there was a vehicle blocking a clear shot.n You can barely make out the top of the trunk.  This probably hampered getting a good angle on the shot.

This photo really could have benefited from a much higher aperture value.  Doing this would have caused the white lights to become more of a pinpoint with a tiny burst around them adding a nice sparkle.   The while balance was probably set on auto.  Putting the white balance on Tungsten/Incandescent would have shifted the color balance blue and reduced the harsh white/yellow tones.

Clearly this was in near total darkness.  Way too much contrast between the home and the environment.  This also contributed to the harshness of the white lighting.  Shooting this during twilight would have allowed you to see a little more of the roof detail.  You can’t even see what’s beyond the home.  Maybe just sky, or maybe there are trees?  Who knows?  The foreground is too dark. There could be some lawn there?  Or maybe a little wall? You just can’t tell.  Shooting in total dark is just not the right time for Christmas light photography.

The biggest issue with this Christmas lights photoshoot is the amount of negative space above the house that’s basically black.  With just a little bit of zoom out to show more foreground, a little more on each side and reduce the amount of sky, this one would be way better.  Also, if the photographer took several steps to their right the overall balance would have been better.

Now in the next photo I want to preset to you an example of an image that gets all four ingredients right:

This location is great because you have a good clear shot into the home.  Also, the live trees make a natural boundary for the scene.   With the home sitting a little higher than street level, it helps get more of the foreground elements into the shot.   There are far less decorations which helps keep the scene more balanced.

Here you can clearly see the benefits of a higher aperture.  Most of the lights have tiny burst effect with the brighter green lights getting a really nice burst.   The white balance is set to Tungsten/Incandescent to reduce the yellow/white light and allow the blue/green tones to predominate.

The photo was shot during twilight just after sundown.  This really helps let the details of the home stand out and not be overtaken by the lights. You can see slightly blue sky above the home which gives better balance to the photo.  All the details of thee walk are visible but also has a nice reflection to it.

This image has a near perfect composition.   The right amount of sky above the home.  Sufficient foreground to create a sense of scene depth.  Using the small trees as the left and right borders.  This was likely shot standing back away from the house a bit and using zoom to pull into the front of the house.

A tripod is highly recommended! You want the camera to remain rock solid for the entire length of the exposure.  A regular sized sturdy tripod is all you need.  Or, you could even use a monopod just to keep the camera steady.

Here are a few gear options.  These are affiliate links to Amazon.  If you use one of these links to buy something, I get a couple of coins as a referral fee.  But it doesn’t cost you anything extra.

I hope this helps you get the holiday photos you are looking for.  It might take a couple of tries, and some trial and error to get it nailed down with your equipment and locations.  No problem just delete the bad ones.  But, following these tips should help you create some keepers as well.

5 things photographers must do before every photo trip

5 things photographers must do before every photo trip. Always do these things if you want to increase your chances of a successful photo adventure.

This blog post discusses various lighting scenarios. To get the best from you photos, follow these lighting tips for photography.

Expose Yourself to the Exposure Triangle

Expose yourself to the exposure triangle In order to fully master the exposure settings on your camera and understanding of ISO, Aperture and Shutter speed 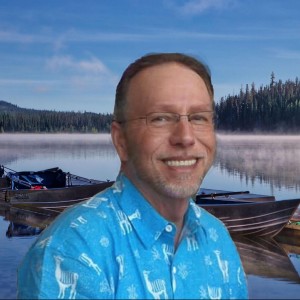 Loyd is a professional photographer living and working in Portland, Oregon. Loyd has been doing all types of photography for over 13 years, but he is focused on fine art landscape photography. Loyd's work has been on book covers, CD covers, on TV, in online galleries and on the walls of homes.

If you have any questions, comments, praise or other information to share, feel free to put it in the comments section below.  I’d love to read what you are thinking, what issues you are having, what topics you want to see covered or corrections that are needed.  Your input is valuable in helping me to help you and others learn and improve this thing we call photography.