Lens Hoods – The most overlooked accessory

The article discusses Lens Hoods and why they are so useful to photographers. Find out why using lens hoods can prevent unwanted light and lens damage.

This post may contain affiliate links, which means,  if you make a purchase after clicking on one of the links, I may receive a small commission, at no additional cost to you.  This helps me continue to provide simple photo tips.

A lens hood is…

Lens hoods are an accessory that is often overlooked but can be really helpful.  Its main purpose is to block unwanted light from striking the lens of the camera. Direct light can cause lens flares and spotting and reducing contrast.  It can also highlight any dust the happens to be on the lens.  Indirectly a lens hood can help reduce reflected light from nearby objects.

A lens hood is a shield from sunlight

Pictures taken with a lens hood on may have deeper richer color and slightly better contrast between light and dark areas.  Think about standing out in the sun without a hat verses with one.  The hats brim can help block angular light and make it easier to see.  This is why sports like baseball or golf always feature a hat.  They serve the same purpose as the lens hood.

You should use a lens hood if you are shooting longer exposures.  This is due to the shutter being open for so long there is risk of undesirable light interfering with the proper exposure.

A lens hood is protection for the lens

Good lenses are not cheap, and they deserve all the protection we can give them.  Lens hoods offer some of that protection.  I have had a lens hood keep one of my lenses from being scratched by sticking out and taking the brunt of a tripping tripod.  I have also turned and scraped the hood on a tree.  Both would have been much worse accidents if not for the hood.
There is nothing worse than getting an awesome shot and having it compromised by fingerprints or water drops on the lens.   On some photos it might work out, for some it would not.  Why take than chance.  Sure, lens hoods can be expensive if your lens doesn’t come with them, but they can be good insurance, and a clean dry lens will allow the camera to get a better-quality image for you.

A lens hood doesn’t take up space in the bag

Lens hoods usually attach in the reverse position for compact convenient storage, just remember to flip them around when you are getting ready to do some shooting.  The hood can also offer some convenience if you have a top loader style bag.  You can simply leave the hood in place and leave the cap off for a quick and easy deployment when a photo moment comes along.

There may be times when you dont want to use a lens:

– You can see the hood in the frame

It’s rare but possible for super wide-angle lenses, especially if using generic a 3rd party hood.  If you have the lens zoomed all the way back and the hood is showing, then you may need to remove it.  This is a trade-off between the wide-angle and light interference.

– It may not be possible attach a lens hood

There may be times when you have attachments (filters for example) on your lens, which don’t lend themselves well to using a lens hood. For example, I have a lens that has a somewhat deep cylindrical hood and it’s difficult to use with a circular polarizer because you cannot reach in and turn the adjustment ring.  In this case by all means go without the hood.

– You actually want a flare in your photo

Flares can add some excitement to your images.  This an effect that is often desired and is a feature of most popular image editing software.  If this is an effect you want, then by all means remove that hood!

– The lens hood is creating vibration

Lens hoods tend to have a lot of surface area so it’s possible for your lens hood to catch the wind and cause the camera to shake, resulting in blurry images.  Probably more likely when tripod mounted.  If it’s fairly windy and the hood isn’t strictly necessary (there is not direct light issue) you should remove it.

– The lens hood is casting a shadow

There is the possibility that the lens hood will cast a shadow on your subject. In this case, just remove the hood.  There may also be a shadow if you have backlight that is at a perfect angle to the camera.   You can either change positions or remove the hood.

Smoke em if you got em

Is using a lens hood a requirement for good photography? heavens no.  I have shot lots of perfectly good pictures without a hood on.  Having said that there are plenty of reasons to use them, especially if they came with you lens in the first place.
Personally, I mostly do landscape photos, where the sun is nearly always a factor.  But anyone that shoots outdoors can benefit.  I say if you have them, use them and if you don’t, consider a modest investment.  Happy shooting. 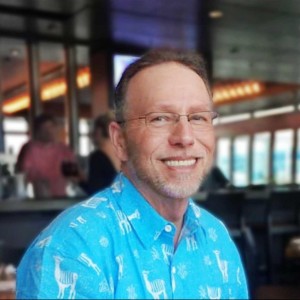 Loyd is a professional photographer living and working in Portland, Oregon. Loyd has been doing all types of photography for over 13 years, but he is focused on fine art landscape photography. Loyd's work has been on book covers, CD covers, on TV, in online galleries and on the walls of homes. You can see his photography work at: https://bit.ly/3bEKlj8
Get The Latest Updates

If you find this post helpful, please consider sharing it with others

If you have any questions, comments praise or other information to share, feel free to put it in the comments section below.  I’d love to read what you are thinking, what issues you are having, what topics you want to see covered or corrections that are needed.  Your input is valuable in helping me to help you and others learn and improve this thing we call photography.

Back Button Focus – You Should Be Using It

In this post I will describe back button focus, what it is and why you should at least try it. Also how to set up your camera.

This article discusses properly setting white balance to eliminate color cast from your images. Auto white balance can be your friend or your enemy

Get the lowdown on the best photography gear values on Amazon in 2020. I search for the best values on gear constantly so you dont have to.

Get The Latest Updates